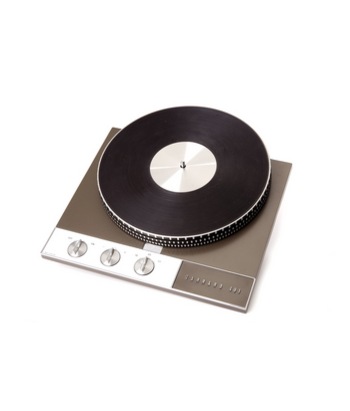 Neil Armstrong takes his historic first steps on the Moon.

The Garrard 401 Serial Number 15562 purchased along with the other items were placed carefully in the bottom of Mr. Farnells wardrobe and there they stayed for 43 years until Mick Farnell, the now late Mr. Farnells son found them in 2012..new unused and still in their original packaging!

This is an extremely rare find, we have only ever seen one other new old stock Garrard 401 since we started trading in 2004 and this was in the USA in 2011.

Because of the rarity of this we are struggling to put a price on it, the USA find fetched approximately £2500GBP.

Being an earlier model it has the flush mounted strobe and as can be seen in some of the photos still has the clear plastic covering the platter mat centre and control panel fascia (removed temporarily for some of the photos).

We are inviting offers on this 401 so if you are interested in a piece of HiFi history and a once in a lifetime opportunity please drop us a line.