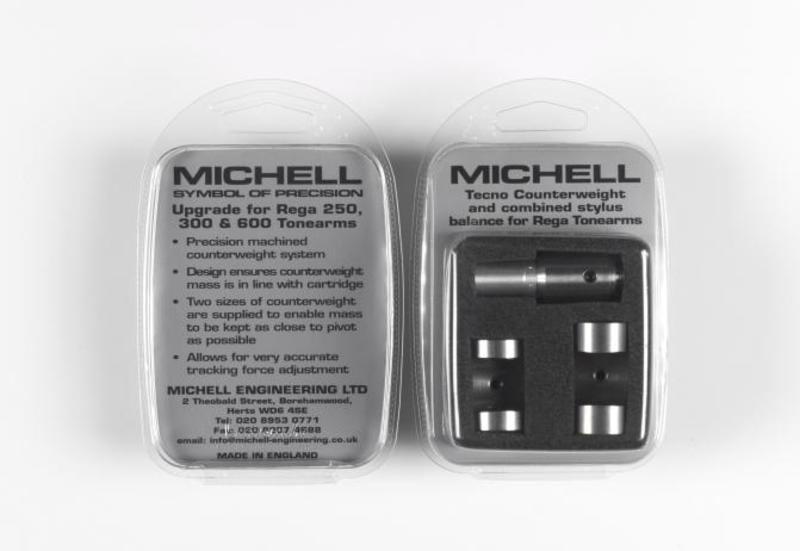 The TecnoWeight is a precision machined tonearm counter weight system, which was developed for use on our TecnoArm ‘A’ tonearm. The under-slung design of the counter weight effectively lowers the centre of gravity of the entire tonearm, making it more stable. The center of mass of the counter weight is designed to be at the stylus level, thereby increasing the precision by which the stylus tracks the grooves in the record, giving greater performance from your cartridge and stylus and greatly reducing record wear.

The TecnoWeight is available separately, offered as a significant upgrade to Rega RB202 and RB303 style tonearms and their derivatives.

Included in the kit:

We will not export outside the UK so please don't ask.