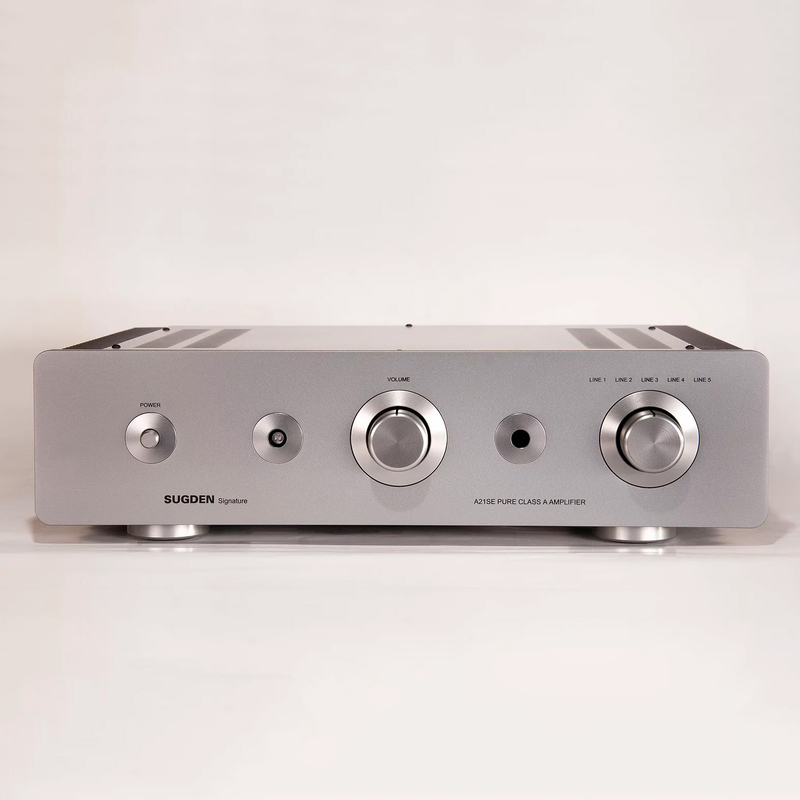 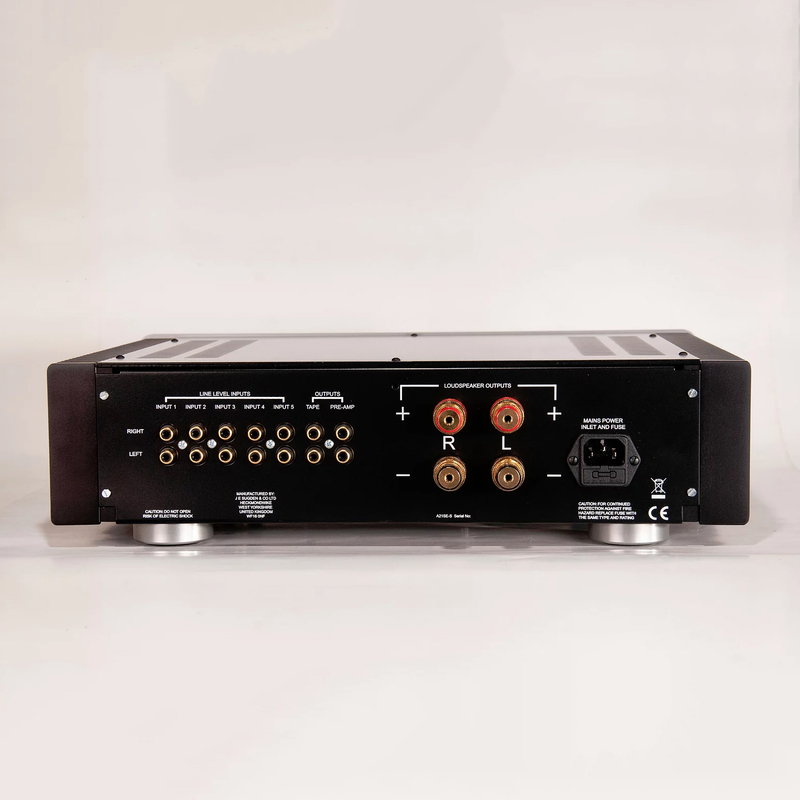 The result was an amplifier of extended and more controlled bass and treble but still retaining the wonderfully detailed mid range of the original design. The amplifier became the A21a, a reference amplifier on many continents. Further improvements have achieved significant enhancement of performance and the amplifier has been rebranded as the Sugden A21a Series 2.

The A21SE is a further expansion of the musical performance available from the Sugden single ended Class A output circuitry. Designed to provide more power output, greater speaker compatibility and a larger sound stage, it is not an uprated A21 Series 2 but a definitive amplifier in its own right.

The SE contains a pre-amp stage with high input impedance, high voltage gain, low noise, wide bandwidth, low distortion and low impedance to drive the Class A power stages. This pre-amp stage coupled to a fifty percent increase in the low impedance power supply enables a very dynamic sound stage to be developed with pin point imaging and fine tonal balance. An amplifier of unforced spontaneity which will satisfy the most discerning enthusiast with ‘simply more music’.