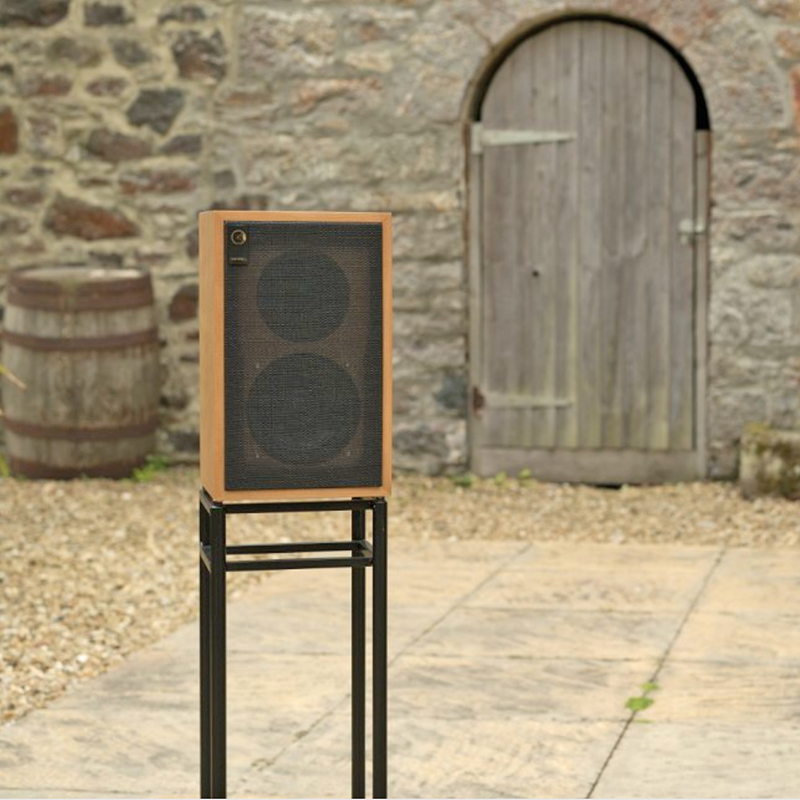 The LS3/5A is perhaps the best-known of all the BBC's monitor designs. The BBC needed a small monitor that was suitable for critical assessment of programme quality in cramped OB vehicles and control rooms, and nothing suitable was available commercially. At the same time, a separate research project - an investigation into acoustic scaling of studios - had developed a miniature loudspeaker, and it was realised that it could be adapted for monitoring use. After much developement, the original LS3/5 was born.

Initially, 20 units were built in-house for field trials, but upon deciding to build another batch, it became apparent that KEF had altered both of the drive units, and the new units were sufficiently different to the originals to affect the way the loudspeaker measured and sounded. As a result, significant re-engineering work had to be completed by the BBC's Designs Department, and this was such a significant deviation from the original model that the A suffix was added.

The new B110 needed to be decoupled from the baffle in order to prevent an interacton with the cabinet. Next, when fed from the existing crossover, the new HF unit exhibited significant colouration which required modifications to the crossover and the addition of the familiar protective grille and felt pads. The small number of loudspeakers from the original batch were now considered obsolete, and the true LS3/5 was never manufactured commercially.

While the revised LS3/5A sounded very similar to the original, many felt at the time that the original loudspeaker was better. Could this version be re-created today?

Graham Audio presents the ultimate version of the most famous of all the BBC loudspeakers, and is doing so under one of the most cherished names connected with the LS3/5A: Chartwell. The bespoke drive units and crossover networks are developed by Derek Hughes working in conjunction with Volt and Seas loudspeakers to produce a fully licensed loudspeaker using the very finest materials available.

The BBC LS3/5A
By popular demand, Graham Audio are proud to present the BBC-licensed Chartwell LS3/5A.
The LS3/5A was produced by BBC Designs Department in response to detail changes in the performance of the drive units that were originally chosen for the LS3/5 as designed by BBC Research and Development. It is the most well-known of all the BBC loudspeakers, and remains the compact loudspeaker of choice for many today.
As you would expect, our version - engineered by Derek Hughes - includes authentic details such as the perforated metal tweeter grille, thick felt pads surrounding the tweeter, and Velcro rather than our usual hidden magnets to secure the grille frame. The cabinet uses 12mm panels and a fixed rear panel, according to BBC Designs Department's specification.
As the only company to have ever manufactured the LS3/5, and now also the LS3/5A, audiophiles are now in the unique position of being able to hear for themselves the differences that these changes made to the design originally intended by BBC R&D.

Speakers are made to order please contact us for lead times.